Cha-am was originally a small fishing village. After a royal palace was built near Hua Hin in the reign of King Rama VI, the land was occupied by the royal family and the elite. The district was established in 1897 in the name of Na Yang. In 1914 the centre of the district was moved to Ban Nong Chok (now in Tha Yangdistrict) and its name was changed to Nong Chok District. After World War II,the government moved the office to tambon Cha-Am and also changed the district name to Cha-Am. 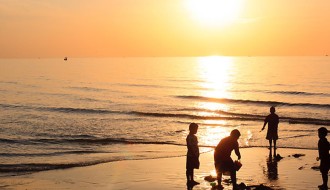 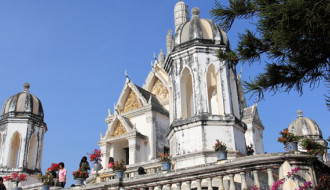 This town is for those full of energy, enjoying water skiing, banana boats and jet skis or riding a bicycle along the 6-km road running in parallel with the beach is a charming activity of Cha-am. Sea food, Ice cold beer, Snack, Inexpensive accommodation adds to the attraction.Today, it is very popular among Thais who love superb seafood and comfortable hotel or bungalow accommodation.It is a well-known beach resort town in Thailand, along the Gulf of Thailand.

The entrance to Petchaburi is dominated by a small hill known as Khao Wang (Palace Mountain), where King Mongkut built a summer palace in 1860 in neo-classical style. Named Phra Nakhon Khiri, it is now a Historic Park full of palace buildings, temples, halls, even an observatory where the King use to view the stars, all spread over three peaks. On the western peak is Wat Phra Keao, a replica of the Emerald Buddha Temple in Bangkok. But visitors should head for the superb palace structures, beautiful restored and turned into a national museum, full of priceless antiques, beautiful ceramics and sculptures. Gives you a great insight into royal life a century ago. A hillside railway provides easy access to the palace. 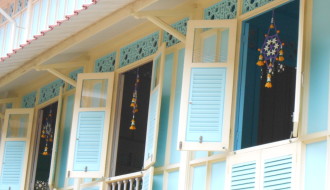 This beautiful golden teak palace, with its airy walkways and buildings, was used by King Vajiravudh as a summer residence in the mid 1920s. Its elegant two-storey pavilions face the sea, linked together by a series of elevated walkways. One pavilion was used occasionally as a theatre indulging the King’s love of drama. The palace of Love and Hope has been lovingly restored and provides a whistful setting to stroll around. Located in the grounds of King Rama 6 Military Camp. 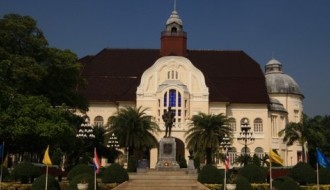 Designed and built by Marketing Can